Alchemical journal: Metaphysical lessons learned from a lifetime of study

War with Iran? What do *YOUR* cards say? 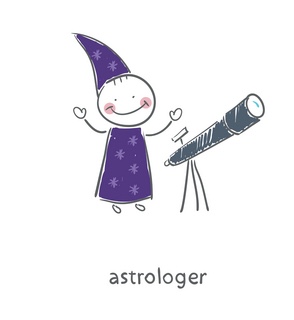 This is an email I just sent to my grad students. While we are all waiting to witness the fallout from the war of words that just began between the US and Iran, you can use your cards as well to make an official prediction—and in the process have it recorded publicly to prove your prescience and skill. Comment with your prediction below: be explicit and specific so that your skill and accuracy can be recorded before events unfold. Feel free to update your prediction later with a new "reply" later, if you desire.

In a "my penis is bigger than yours" pissing match (look, there really is no other way to put this) the guy in Iran and the guy in the White House launched nuclear barbs at each other.

WHAT DO YOUR CARDS SAY?

Get your cards out and ask what is going on.

I had to answer some hard questions for friends and clients before 9-11. Did I "predict 9-11" Oh hell no. No one did. But I did predict the aftermath 9 months before 9-11. I was asked whether we were going to war when "W" was installed (the first time). I tried to shape the answer into a no (yes, mistakes are still easy to make two decades into reading) because my friend begged me for a "no," but the best I could squeak out was that it would be a different type of war than we had ever fought.

Had I been less swayed by my yappy dog I would have realized how right my cards were, and how right "I was" by extension, and I would have made a prediction I could brag about to this day.

So . . . Yes? No? a diversion from the scandals and investigations? Or is the world about to get seriously fucked up by Christmas? DON'T BE AFRAID OF QUESTIONS. This is your skill set, and therefore it is in a sense your task, your job, to know things before they happen.

As Putin told Trump, "the ball is in your court."

Look for something "YUGE!" to happen in fall when VP visits the WH for a surprise signing of _______. I will withhold details, as you have to find out for yourself, which is why God gave you tarot cards. I don't care who you voted for (or didn't). I want you to build your confidence and reputation by taking REAL time and making REAL predictions over the next month using your cards for analysis, which means no 3-card (fake) spreads.

Thanks for being here,

Let's show the world why you are so awesome of an oracle; you will rarely get a better chance than this.

Okay, so that's what I sent the kids. What do you see in the cards? I will post a public prediction elsewhere (and date it)—"elsewhere" so as not to pollute the response pool.

This is a "no fluffy B.S." blog. Here, you will find real advice from real world-class experts who have dedicated their lives to the study of various disciplines in metaphysics, philosophy, and religion in a friendly environment. We are professionals. This is what we do. We want you to do well, too. For more info, please see the About This Blog" post. :-)